“I love coaching because I love teaching new skills and seeing the improvement. I also love the friendships I’ve made through calisthenics.” 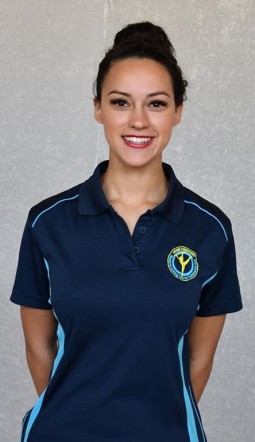 Cassie has been participating in Calisthenics since three years of age when she joined the Tinies team at Arden Crescent Calisthenics Club. Fast forward 22 years to 2020, she has continued at the Club and is a competing member of the Seniors team. Over the years she has learnt all the disciplines of Calisthenics and in 2017 successfully completed her Level One Coaching Certificate. Cassie has many new exciting ideas for her teams which she looks forward to teaching in the years to come.

“I love coaching because I enjoy seeing developmental growth, new friendships form and people having fun!”

Natalie is the recreational coach for Sub Juniors, and assists with Juniors. She is also a current member of the Seniors team. Natalie began calisthenics in the Juniors team at Arden Crescent in 2006. In 2020, Natalie completed the recreational coaching course and is aspiring to also complete her Level One Coaching Certificate.

“Becoming a coach is something I’ve wanted to attempt for a while now, both for building on my skills as well as passing down my knowledge to the younger girls. I began the transition in 2019 working with Cassie and Kirsty, assisting the Juniors and Tinies and I loved it! Thank you for making my year so enjoyable Arden girls, and I look forward to assisting existing and new members in 2020.” 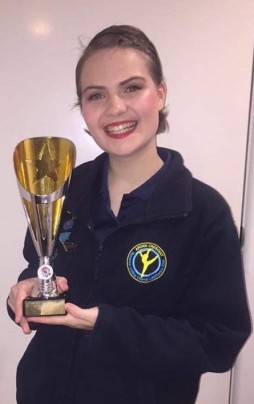 “I started in Tinies in 2004. I have always loved working with younger members and helping them develop their skills and confidence. I started as a helper for the Tinies class when I was 13 and have always wanted to become a coach since I can remember. Starting my coaching journey will also be an amazing experience to develop my teaching skills as I study to become a primary school teacher.”

Kathryn commenced with Arden Crescent Calisthenics Club in 1988 when she joined the Senior team. She became an assistant coach in 1990 and commenced her role as a level one coach in 1995. Kathryn first experienced Calisthenics in 1979. Kathryn is taking a hiatus from coaching in 2020. Kathryn’s commitment and passion of Calisthenics is an integral part of the role she holds with the Club. 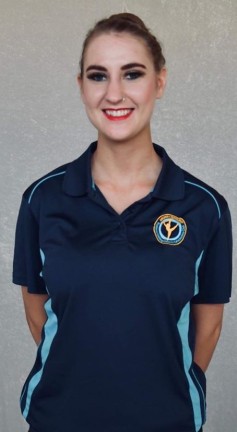 Chelsea is the assistant for our Intermediates and Juniors. Chelsea first started calisthenics nine years ago and is an active member of the Seniors team. 2020 is Chelsea’s second year as an assistant and she is keen to keep growing and learning.

“I have decided to become a coach because I want to teach others how to be the best version of themselves and to further my own skills. My favourite memories of calisthenics are: competing alongside my little sister, winning CVI State Titles in 2012 and meeting amazing people who share my passion for calisthenics.”

Sophie is our Sub Juniors assistant and has done calisthenics since she was twelve. Sophie has stepped up as an assistant in order to get more involved with the club and begin her journey to coaching.

“I started calisthenics in 2014 as a Junior and moved to Arden Crescent in 2018 as a Senior! My love of calisthenics is why I would love to become a coach and be more involved in the sport, beginning this year with assisting with the Sub Junior team!”